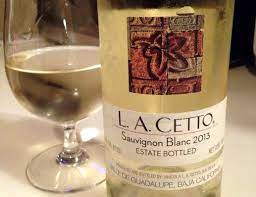 The prestige attained, did not arrive on its own; but, it could be savored after years of experience and continuous hard work.

This work goes back many years ago, when in 1928 a visionary man, Mr. Angelo Cetto, with great conviction and strength, sows the noble European wine tradition in the fertile lands of Baja California. Mr. Angelo used his skills and knowledge acquired in his native Trentino, Italy.

In 1951, a second-generation followed the footsteps of the founder of our company.   Mr. Luis Agustín Cetto, who was faithful to the tradition developed by his father, consolidated the brand company in the privileged Valle de Guadalupe, a place that gladly welcomed the engineer Camilo Magoni, from Morbegno, Italy, in 1965. This talented winemaker quickly reached maturity and success in winemaking.

The quality characterized by many years rendered its greatest fruits in 1983 when they launched their first L.A. Cetto varietal line, which was soon sought after by the most demanding palates.  After years of dedication and dreams fulfilled, in 1983, the third generation of the family joined this task:  Luis Alberto Cetto, who entrusts the purpose of reinforcing the growth of the company and strengthening the history of the group, also contributing to the opening of international markets for Mexican wines, while continuing to expand the circle of consumers in our country, more info here.