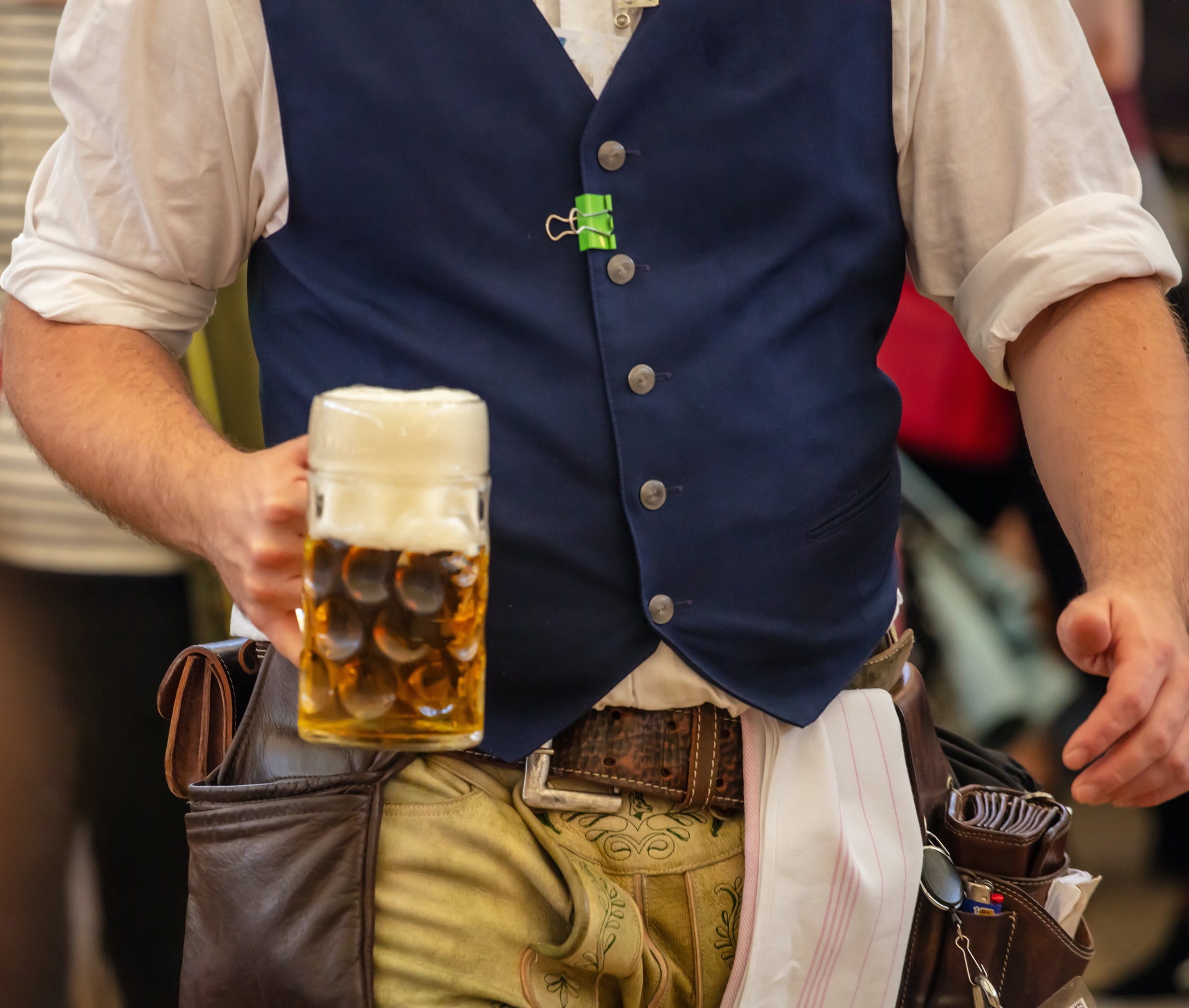 A Rundown of the Origins of Oktoberfest

Here in the US, we love to celebrate alcohol-based events, no matter the country
we’ve appropriated the traditions from. Many local breweries will seize the
opportunity to host events, brew their own Märzen bier (Munich’s Oktoberfest
original beer) and bring everyone together to celebrate throughout the month of
September and October. However, many folks don’t know the origins of this
celebration.

Oktoberfest originated on October 12, 1810, to commemorate Crown Prince
Ludwig marrying Princess Therese of Sachsen-Hildburghausen. Straying from
tradition, the couple opted to publicly celebrate amongst the people in the fields
surrounding the city gates of Munich. The original festival lasted for days, with
free food and beer taking center stage and concluding with a horse race. This
horse race set the tone for years to come, evolving to become the “Oktoberfest”
we’ve come to know a bit better.

Over time, Oktoberfest has morphed into something that’s more of an
agricultural celebration, marking the last harvest prior to the start of the coming
summer. The beer is brewed in March, aged over the warmer months, and
consumed following the end of the Summer in September/early October.
The kickoff of Oktoberfest signals a time to slow down and reflect on memories,
activities, work, and the goings-on during the summertime months. Often
celebrations include nods to Munich roots with pretzels, lederhosen, and stein-
hoisting activities, as well as drinking amongst family and friends.
Oktoberfest Beer

While the original beer was maltier and darker, Oktoberfest attendees had to
move to a Vienna-style lager sometime in the late 1800s. We’ve learned through
history, that this occurred because Munich breweries ran out of the darker lager
and had to find something to replace it. Following the First World War, the
offering became a reddish-brown, Märzen-like hue. The Oktoberfest style we are
accustomed to today is closer to this with a malt-forward lager and a golden to
copper hue. It’s anticipated that, over time, this will continue to evolve.
Now, here in the US, we are fairly lenient with what constitutes an Oktoberfest
appropriate beer. However, that is not the case in Munich.

There is a rigorous qualification process in order to be deemed an Oktoberfest beer. First and
foremost, the brewery the beers originate from must be in Munich and operate
under the Purity Law. No other breweries are allowed at the festival. The beers do
not need to be a specific style, so there are many options that fall under “official
Oktoberfest beers”. There are also Oktoberfest-style beers that are inspired by
the history and tradition of Oktoberfest but do not fall under the constraints of
the “official” beers. These can be found around the world, typically with a copper
hue, full-body maltiness, and hints of spice.

Now is the perfect time to pick up your favorite Oktoberfest beer or find a
celebration near you, just in time for the end of Summer! Unfortunately the
Downtown Bend Business Association staff and board have decided to cancel
Bend Oktoberfest, scheduled for Sept 2021. Fortunately, there are other cities
holding Oktoberfest celebrations this year, scattered throughout Oregon.