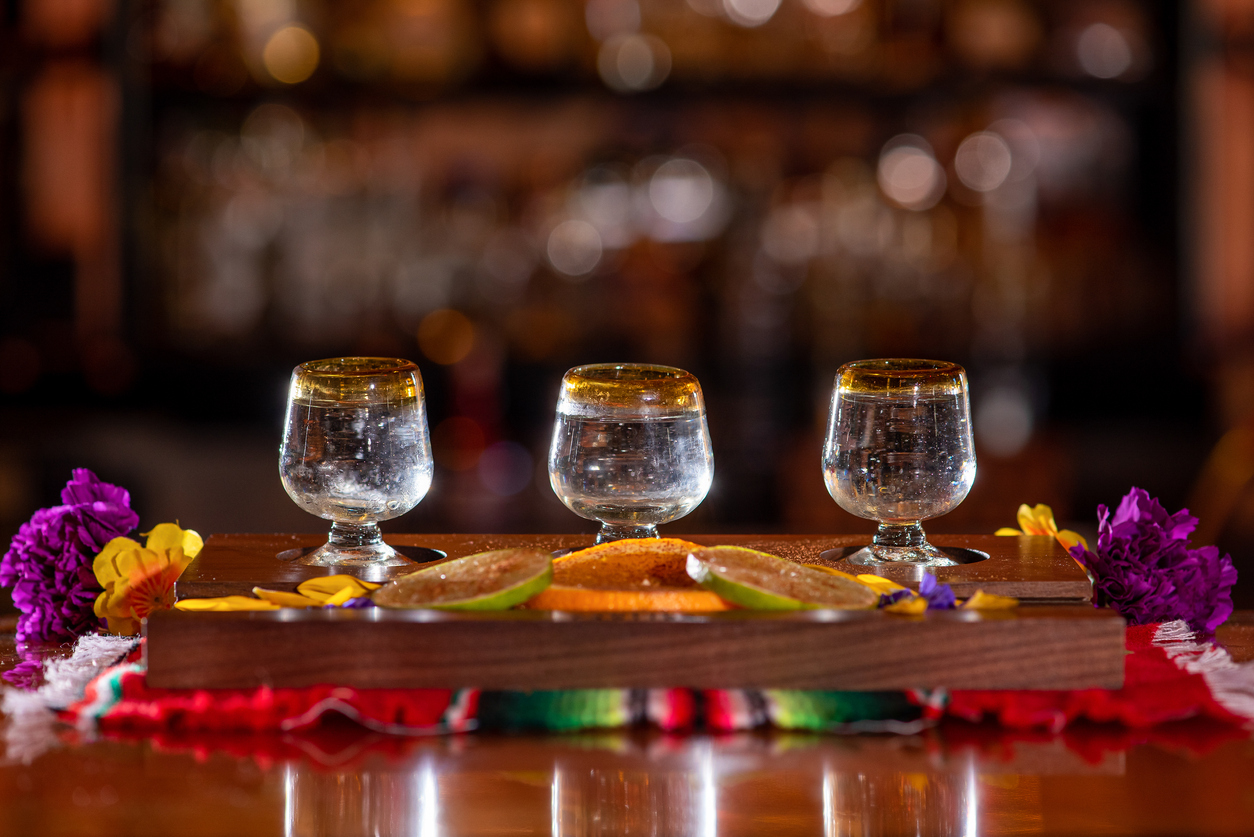 We all know the magic of margaritas. From the icy chill, as you first take a sip to the intoxicatingly tart taste, there is little to complain about. The real magic, though, lies in their composition. Margaritas are usually made with tequila or mezcal, two staples in any liquor cabinet south of the United States, and they possess the unique taste that defines every margarita you have had. What exactly is the difference between mezcal and tequila, though? We all can recognize the smoky flavor of a hearty mezcal, but what is it in the details that make the difference between the two? Explore our guide on the differences between mezcal and tequila below to understand which is which and how best to use each in a cocktail!

Aren’t they the same thing?

Since elementary school, we have all been taught about the special rule about squares and rectangles—any square is a rectangle but not every rectangle is a square. The classification of tequila and mezcal functions very similarly; all tequilas are mezcal but not all mezcal is tequilas. For any whiskey connoisseurs reading this, scotch and bourbon have a similar relationship.

What is the difference?

Mezcal is simply defined as any agave-based liquor. Tequila, on the other hand, is made in specific regions of Mexico and must be made from blue agave in order to be considered a true “tequila.” Much like the whiskey example above, this idea also applies to the relationship between champagne and sparkling wine. Although champagne technically is a sparkling wine, it can only be considered a true “champagne” is produced in a certain region. Overall, mezcal is the more flexible classification of the two, while tequilas must originate from specific geographical regions. Mezcal agave has large, thick leaves and there are points at the ends of the leaves. When the agave is mature, it forms a “piña” or heart in the center and that is where the juice is extracted from and converted into mezcal. Mezcal agave plants take between seven and fifteen years to mature, depending on the species and whether it is wild or cultivated.

Another key difference between mezcal and tequila is the manner in which they are distilled. While tequila is produced by steaming agave, mezcal is cooked inside pits that are dug into the earth and lined with lava rocks and wood. It is this unique distillation process that gives mezcal it’s distinct smoky and earthy flavor. The process of steaming prevents tequila from acquiring any heavy smoky, giving it its clean, distinct taste.

What do I use each liquor for?

This is the best part about mezcal and tequila—they are almost universally interchangeable! That is entirely dependent on one’s fondness for each liquor, though. Regardless, both liquors work well in any tequila-based cocktail. Whether it be a margarita, Paloma, or tequila sunrise, mezcal and tequila will both get the job done. Typically, when someone orders mezcal, they do not order it with a soda or a mixer due to the unique flavor and rarity. So, at the end of the day, it really just comes down to preference, but knowing the difference might help you make your decision next time you are choosing between mezcal or tequila!